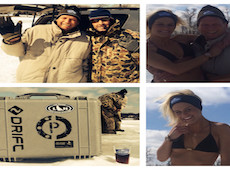 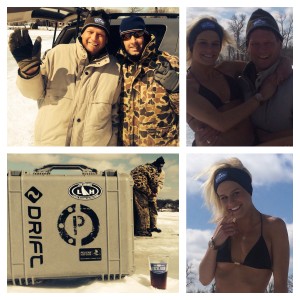 The past few weeks have been pretty much full on, as far as weather, activities, and of course fun. First of all I spent 2 ½ weeks in search of a Woolly Mammoth in MN. It was a brutal winter for those folks and when I was there it clearly wasn’t ready to let them off the hook. It snowed probably 3 times and stayed below freezing about 20 percent of the time, including the day I spent out at Big Island filming footage for the Excelsior Brewing Company. After finally convincing a few new friends to work with me on the concept it went perfectly, which was good because the day we had to shoot it was 9 degrees and windy as hell. Got all the shots though and its starting to come together nicely. A big hats off to my model Kesenja who volunteered to peel down to her bikini for a few shots, not sure if she was a trooper or a knucklehead for that move…but of course for the sake of the client and the integrity of my script, we all supported her unanimously. Wrapped that shoot then it was time to say peace out to the frozen tundra and the 40” of ice, sorry Minnesota not sure summer will ever come. Next up Charleston SC 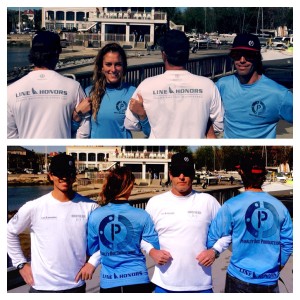 I arrived in Charleston ready to do some yachting. It had been over 10 years since I last drove an E scow and I was stoked to be back in the game. I chartered a boat, signed up Jonny Nugs and Matty Pistay to crew with me and then reeled in local girl Abigail Helm to be our 4th. Charleston Harbor is a tricky place to sail and I was admittedly a bit rusty, but we kept fighting and actually had a great day going on day 2. That was until we had a situation on a gybe in the first run of race 5. While smoking down the left side of the course in 4th place, we went for the turn, the tiller extension got wedged under the boom and thus pinning the tiller under the deck, we couldn’t turn, and then we rounded up with no control.  We didn’t tip but we did get about as close as possible. After we got our legs back under us we were deep…and finished deep dashing the hopes for a great day. With a chip on my shoulder, we set to win the final race of the day, which we did. Sunday was ripping 25-30 and abandoned so we at least ended on a good note, and most importantly I think I converted 2 people to E scow sailors. This was not a one and done for the II-1 Team Honor The Box, stay tuned for more from this team. Now off to Miami for some Melges 32 action on Team ARGO, we will keep you posted throughout the week on our blog www.argo32.com