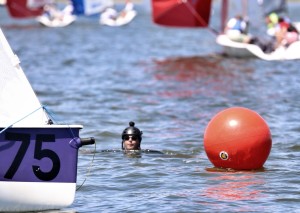 2014 Sperry Top-Sider Charleston Race Week for me is now officially over. In my last post I mentioned a 10:00 PM deadline for delivery of my final video of the week. This was negotiated Sunday afternoon when I was informed that it was supposed to be completed Sunday night. I immediately shrugged that off knowing damn well that there was no possible way to edit a decent production of a 4-day regatta in less than 24 hrs. Even a 48-hour turnaround without established sailing content editors is an ambitious schedule. Well, that Monday 10:00 pm time came and went and I was still there inhabiting and barricaded in my friends extra office suite hacking away at the roughly 400 GB of video, 200 photos, 20 interviews as well as additional footage from Quantum Racing’s Keith Brash, Farr 280 onboard footage, B roll etc. Sure I could have rocked out a quick edit that would still blow the doors off of anything that a few others in the industry settle for, but that’s not how I roll. Check It

This years event management really pressed us for something different than years past, the format that we built over 10 years ago, the format that helped make this regatta a household name in the sailing world. I was up for the challenge, as I too like to evolve and I think that is what defines Penalty Box Productions and makes my product unique. Was it everything I wanted to do? Not even, but given the relatively shoestring budget that often restricts my capabilities and visions, I think I delivered a compelling and entertaining piece about this amazing regatta. I relied heavily on storylines that evolved out of the competition that we were able to extract from the daily interviews, and let that dictate the focus. I didn’t head out with my Burger King drive thru headset and my pre-written script to capture the minimum amount of poorly shot images to add to the whackest soundtracks ever to tell the story like that one guy does. And I certainly didn’t do what, well truthfully I don’t even know what that other guy does because I cant even make it through the opening title sequence before I lose interest and start searching YouTube for more entertaining body’s of work …like high school student films or vacuum cleaner repair videos.

Anyway, now on my 62nd hour with not a wink of sleep I certainly am coming up with creative ideas for future productions, that is of course when I am not chasing after the lights and shadows I keep seeing out of the corners of my eyes. But hey, I am now officially done with the edit(s) after the changes voiced by the regatta organizers.

Big thanks to Keith Brash/Quantum Racing for use of the drone footage this week. Btw, I think I need to say something to clarify my stance about drones. I have never been anti drone. I have however been slightly annoyed by the sailing worlds total obsession with them as something new. Aerial photography has been around for almost as long as the Wright Bros. first flight, well maybe not that long but a long ass time anyways. I also have a slight issue with regatta organizers and fleet reps that think that a regatta can be entirely covered from the air. Is it a killer perspective to incorporate into a production mixed in with onboard and on the water coverage? Indeed, I however won’t be purchasing any drones anytime soon, as it’s not economically feasible when it’s much easier to hire some kid that knows how to fly it. I am also spread legitimately thin at these events and putting the big camera down to grab some aerials means I am not getting the bulk of the footage that I need to tell a story. Case in point, this video is 10.5 minutes roughly, and features maybe 1 minute or so of drone footage, well probably more than that due to that hilarious opening scene of the J-70’s hitting the wall between the gates and battling the ebbing current for 10 minutes. But the fact is, not only does the production not require that much footage, but also the budget rarely supports it either (btw Keith is on his 5th drone). My next purchases are a new bad ass Mac Pro to save me countless hours of rendering and processing times and 2 new cameras. Then I’ll worry about buying toys with cameras for my coverage, till then I’ll keep using whats available and contracting out for that footage.