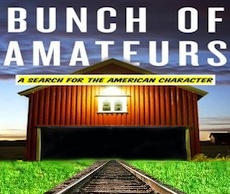 First up was a last minute entry into the E Scow Easterns, this is the equivalent of our ILYA Championship and an event I had never been to. I raced with Lucky Dog Racings Travis Weisleder. We had a borrowed boat, borrowed sails and would be reminded of this by our good friend Charlie Smythe on a certain leeward gate rounding…Jerk! The boat was in need of some repair, and we spent many hours fixing things that weren’t running well, or even running at all. We had never sailed together as a team but were competitive and had some moments of glory. Well, till we got absolutely crushed by some chopper on port tack…at the start…as we were pinging…coasting…luffing. He hit us pretty hard, and never said a word, actually never lifted a finger to fend off after contact was made, dude just sailed on like it was in the brochure he read about racing E scows. 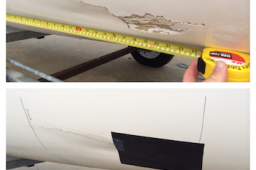 After the regatta I was very happy that I was able to attend a sailing legends funeral. Runyon Colie Jr had passed away in late June and the service was held on the morning following the regatta. Hearing the stories that were told in remembrance hit me hard at times. The most meaningful part for me was when one of his daughters (I can’t recall which one) spoke about race days when its rainy and cold, light wind or too heavy, or if we are just hung-over. On those race days just consider for a moment that there are many of our favorite people, parents, friends, brothers and sisters who have passed away that would give anything to be out there, on the starting line, on the low side, with rain dripping off the boom right down the back of their necks.  As I sat there and took this in, I thought about my dad, and how he taught me to sail, gave me this gift, gave me these amazing friends of mine in this truly unique community. I thought about how he would be out there, sailing his C scow in the worst of conditions, tiller between his knees, chewing his tongue, (don’t ask, I’m just thankful I didn’t inherit that) if he could. It really struck a chord, and it is something I will process every time I consider tapping out on a race day…. suck it up and get out there. I will.

Note to Runnie:  I didn’t need that horrible shot that you drank all those years though. I was proud to be able to do it with many of the friends there that day but what a horrible shot. The lemon was stuck in my throat for what seemed like weeks 🙂 R.I.P Runnie. 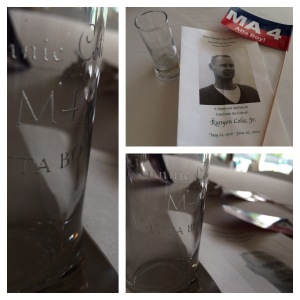 I from there went out to Newport to race Melges 32’s with a new team. It was assembled as a one time only program; we had 2 days to train then went at it with the rest of the US fleets big programs. It was good to sail with new people, and we had a pretty damn good event “for a bunch of amateurs” someone said. We tied for 3rd with Inga and Argo. Not gonna lie I was racing one boat all weekend and we got ’em, we owned the Stormvogel, haha, I love those guys. All in all it was good getting back on a 32 racing, hanging upside down, folded in half, and seeing the old team and laughing with a whole new batch of characters. But  truth be told, I’m fully stoked to be in Miami in December with the camera in hand for the 2014 World Championship. 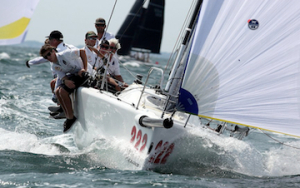 The E Nationals were just last weekend and I had the II-1 there on the line and had a blast. We faded hard on Sunday but I can’t wait to assemble a full time program so we can mix it up properly with the teams at the top of the leader board. I’m back, I’m fired up and the II-1 will be showing you all how to Honor The Box. You already want our shirts, it’s only a matter of time before you Honor It. 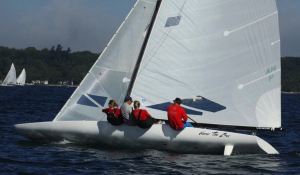 3 events with new teams, teams that never sailed with each other, “a bunch of amateurs”, and all of them had some success, but all of them could have done better with a bit of time together. Teams that do well, are generally teams that have been together for long periods of time, its not rocket science, its pretty cut and dry…better prep, better teamwork, better result period.

On another note – Stay tuned for some fresh Penalty Box kit. New hats, new shirts etc. I will be building a store here so you can all represent.  There is finally some New Youth Brigade traction as well. We will be having our first run of gear for the grommets -Hats, Shirts, and Pinnies in a limited run to get a little more feedback from the market. Stay tuned.

We have also finally started to develop the script for the youth sailing documentary of the same name NYB will be a sailing film like no other, and will track youth sailing through the US as teams develop as children and grow up to ultimately take a swing at Olympic gold.